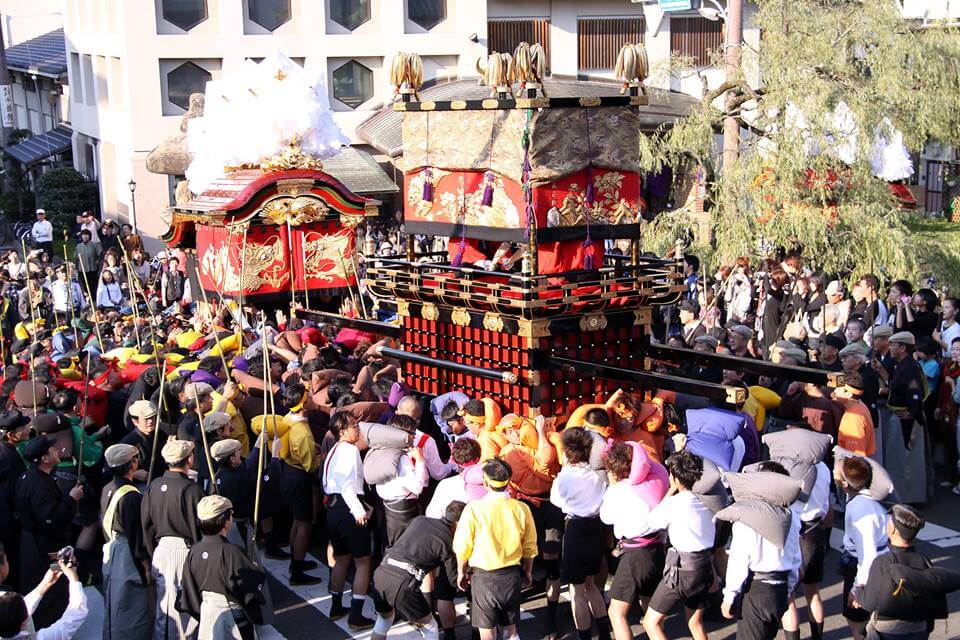 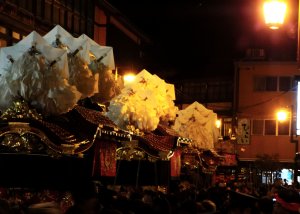 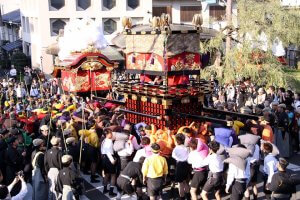 Kinosaki’s Danjiri Festival is coming up in October!!!

This event is also known as the Fighting Shrine Festival. Four major portable shrines, each representing a part of the town (north, east, south and west), are paraded through the town. The climax of the festival is when the shrines meet in the middle to battle. This is one of Kinosaki’s largest festivals, one not to be missed! The festival is held for two days every year in October on the 14th and 15th. The main event, the shrine battles, takes place on the second day in the center of town near Ichino-yu.

First, a portable shrine (mikoshi) is carried around to the seven public hot springs, and prayers are offered for the prosperity of the hot springs at each one. A danjiri, a large wooden cart in the shape of a shrine (similar to a mikoshi), follows the mikoshi, acting as its protector.

Once the danjiri reaches Ichino-yu (in the center of Kinosaki), a rival danjiri appears and the two battle each other. Excitement and anticipation fill the air as the danjiri ram into each other amidst the shouts of participants and onlookers, and accompanied by the sound of bells and taiko drums. This frantic scene is a big contrast to Japan’s typically peaceful and reserved image. The area where the shrine battles occur is somewhat narrow, so spectators get a very close-up view of the action!